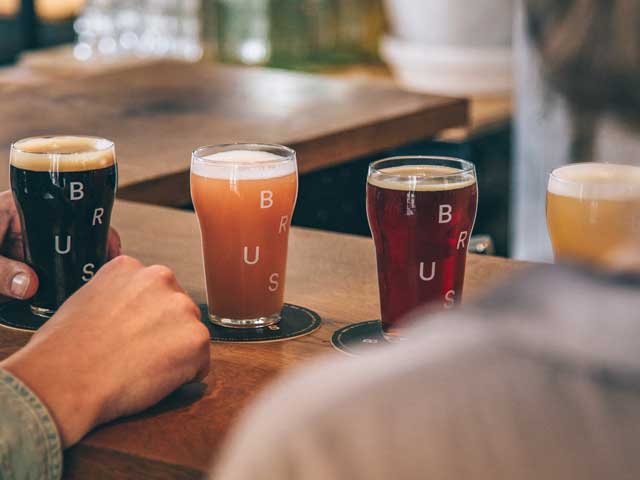 Let’s take you on a colourful and lively walk through Copenhagen where we explore history seen through Danish drinking traditions. You will visit some of the iconic bars where the spirited poets and painters fueled their pen and wit emptying yet another glass. We are following in the footsteps of monks who had more than enough of their own brew, sailors dipping their beard in huge beer heads in Nyhavn, as many as they could before the ship sailed off again – and the noble miss sipping her madeira, hardly able to wait to tell her friends about this new discovery.

Well, well. Let’s just begin by stating the obvious; – nothing compares to social drinking with good friends. That’s the way it is today, and it was always like that! On this tour we will combine tasting, chatting and learning. We will tell you about the traditions of brewing beer and wine through the centuries in the Danish capital and visit some of the iconic bars full of atmosphere and anecdotes.

You will hear what the poor man, the kings and nobles and the virtuous monks poured into their glasses. It may well be that the church preached strict rules and condemned the evils of alcohol and all the frivolity following from it. And sometimes national tragedy made way for invention. In 1807 the British bombarded Copenhagen and eventually stole our fleet. Horrendous! It was a defeat and humiliation of incredible proportions that we can hardly imagine today. But after this catastrophe Nyhavn with the iconic coloured houses changed to a very lively area! And who can imagine the city of Copenhagen without all the decorated bars and restaurants on the sunny side of this harbor promenade where the tough sailors used to enjoy their time off and spend the money they just earned at sea.

So good and bad come together and often in the company of alcohol. Another example of this paradox is King Christian the 4th, beloved for his great architecture that we still enjoy today. But his economic administration of the kingdom leaves no space for admiration. However, who else would have had 35.000 drinking glasses made specially for his crowning ceremony and replaced the streams of water in the fountains with wine..? Oh, did we mention he was not very lucky with his military adventures either?

On this tour you are in for a treat of beer and wine traditions from the middle ages to The Renaissance and today. And we will of course also get to Carlsberg’s fascinating mix of eager innovation, sense of quality and family drama.

And one important thing: The walking pace is comfortable. There are five stops with tastings of beverage on the route, some of them on the road and others in cosy places, among them some of the oldest remaining bars in Copenhagen. If these walls could talk! Ah, but listen closely, they actually do…

Do you want to explore some of the cool areas in Copenhagen?

Start: Nyhavn at the Anchor