Greenland in Copenhagen – a walking tour 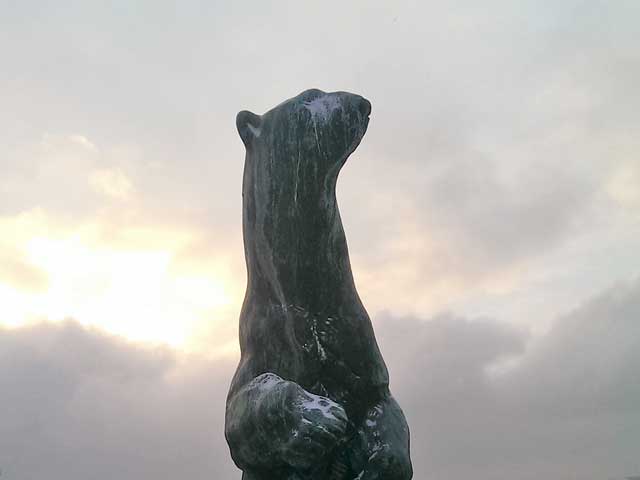 Why is it that Denmark, small and flat as a pancake, is connected to Greenland, the land of snow, ice and mountains? Well, if you are curious to know about our long history of political, royal and cultural ties, as well as our arctic trade through time join this walking tour! Everywhere you go in Copenhagen, you will find traces of Greenland through our common history, going back more than 400 years.

Facts about Greenland
Just a few facts about Greenland; it is the largest island in the world! Geographically it belongs to the continent of North America, but geopolitically it belongs to Europe. 81% of Greenland is covered in ice, and the population amounts to a mere 56.000, making it the least populated place on earth. So how did Greenland end up having relations with Denmark? It all comes down to exploring new territories and claiming it as ours, developing profitable trade in the newly found regions.

Greenlandic traces in Copenhagen
Greenland is still part of the Danish kingdom, but in 2009 Greenland got more wide-ranging autonomy. On the tour we will focus on politics, trade, social and cultural issues and look at the Capital of Denmark from a Greenlandic perspective.

The tour begins in the picturesque area called Christianshavn from where many trade ships sailed towards Greenland. Along the harbour you’ll hear about Erik the Red – the Viking who was good at branding himself and hear the description of Copenhagen and the Copenhageners from two Greenlanders, Poq and Qiperoq, visiting the Capital in 1724!

How did the Danish politics towards Greenland change post 2nd world war and what is the story behind the memorial plaque for the ship Hans Hedtoft, which sunk after hitting an iceberg leaving Greenland in 1959!

Artic is the New Black
On this tour you will also hear stories about Greenland today. At the moment, there is a huge political vigilance regarding climate changes and searches for oil! The number of tourists is increasing – they find the Greenlandic wilderness stunning and the culture authentic.

New Nordic food is also Greenlandic; you’ll get a taste of “kvan” the holy ghost plant – one of its kind specialty.

Price for up to 20 persons