Carlsberg – A story about Danish beer 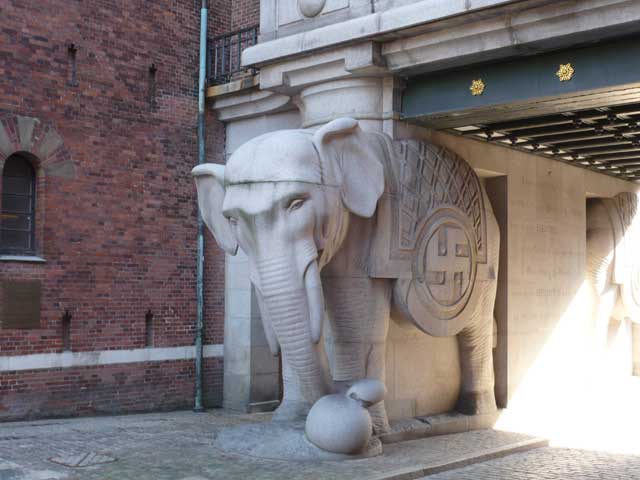 The Father, The Son and The Beer

In 1838 J. C. Jacobsen tasted Bavarian beer for the first time. It was the start of the world’s fourth largest brewery, Carlsberg.
Meet us at Carlsberg and join us on a journey where we talk about the history of beer which started over 10.000 years ago!
We tell about the founder J. C. Jacobsen, who named the brewery after his son Carl and the hill upon which the plant is located – Valby Bakke.
The son entered the family business, but they got into a conflict, and that is why you will hear about New and Old Carlsberg. We will tell you about their battles and reconciliation.

Carlsberg has donated many gifts to the people of Denmark – like Frederiksborg Slot, The Glyptotek, The Botanical Garden and last but surely not least, the Little Mermaid.

We will walk around in the Carlsberg City, visit the garden, look at both the old and new buildings and hear the story. And of course… there are no talks about beer without tastings.

Did you know that in the 1800th century the water in Copenhagen was so dirty, that you had to drink beer instead? Any grownup received 6 liters of beer a day and the students at the Latin schools got 3-4 liters!