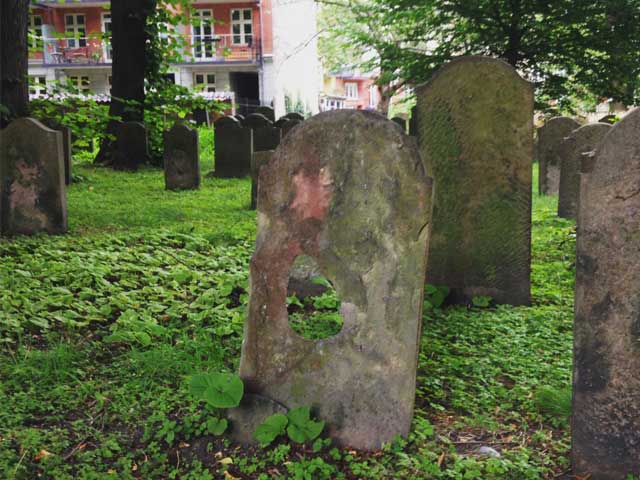 Denmark has a small population of Jews, but they have lived here for centuries. So when did the first Jews arrive in Denmark and how did they manage to live as a minority in a Christian country? Why was 99% of the Danish Jewish population rescued during the 2nd World War and how is Jewish life in Denmark today?

Join us on a tour focusing on the Jewish legacy and listen to the fascinating stories of mosaic life in the Capital throughout history.

The Danish king and the yellow star

The tours begins in the area of Copenhagen called Frederiksstaden, where the stunning home of the Danish Royal family Amalienborg is located. The current Queen Magaret is a granddaugther to Christian 10th, who rode in the streets of Copenhagen during the nazi occupation. We will see the equestrian of him and hear the fascinating stories of his life. Did he really wear the yellow David star on his uniform?

Copenhagen Synagogue and the Trinity Church

The tour continues to central Copenhagen, where you will see the synagogue from 1833. Recently, three Stolbersteine (stumbling stones) were put in the pavement in front of the synagogue  –  stones which memorialize Danish or stateless Jews, who were deported and in some cases killed in concentration camps. We will tell you the touching stories behind.

The nearby Trinitatis church was the place where the Torah-rolls of the synagogue were hidden during the Second World War. Next to the church rises one of Copenhagen landmarks, the Round Tower, with its Hebrew inscription.

At the end of the tour we’ll visit the Danish Jewish Museum, located close to the Danish Parliament. In the museum the story about Jewish life in Denmark is told in a spectacular room created by the world famous architect Daniel Liebeskind. We will begin our visit with a short introduction movie about Jews and the Mosaic organization in Denmark, and afterwards see some of the artefacts, which tell the stories about persecutions and freedom.

The tour can also be arranged with a private driver and as a 5 hour tour, which will include the fishing village Dragør and the Jewish cemetery. Call or write for more information