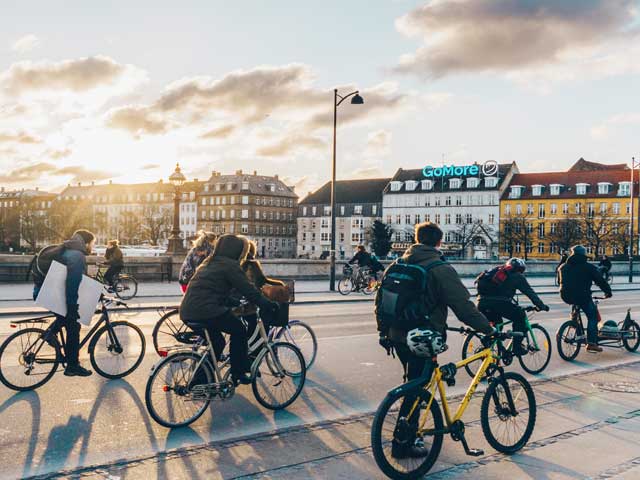 Denmark will be the tenth country to host the Grand Départ of the Tour de France in 2022. And it will all begin in Copenhagen, the most bicycle-friendly city in the world. It’s a match made in cycling heaven!

The Danes are in general keen bicycling enthusiasts – with nine out of ten owning their own bike for daily use. And Copenhagen in particular is a bike enthusiastic city. Half of the city’s residents go by bike to work or school, and one quarter of all travel in the city takes place by bike. The riders of the Tour de France will find a huge amount of supporters throughout the country, as Denmark sets the scene for the most famous cycling race on Earth.

Of course, the great Grand Départ passes all of Copenhagen’s well-known tourist attractions such as The Little Mermaid, Amalienborg Palace and the Royal Library. But it also goes through some of the lesser known Copenhagen areas like the raw neighborhood Nørrebro and mundane Østerbro. A wonderfully diverse look at a historic city filled with contradictions and lots of great stories!

On your saddles! We invite you to come along as we follow the same route to explore Copenhagen by bike.

On the Tour route, we’ll visit:

Start: At the entrance to Ørstedsparken

End: At the entrance to Ørstedsparken